The 9th edition of the Molecular and Cell Biology Symposium – “Science: everything, everywhere all at once” – is an event organized by the class of 2022 of the Doctoral Program in Molecular and Cell Biology. This edition is taking place on 23rd and 24th February 2023 at i3S - Institute for Research & Innovation in Health (Porto, Portugal). This symposium will bring together international speakers from the three main lines of research of i3S (Cancer, Host Interaction and Response, and Neurobiology and Neurologic Disorders), lectures and poster sessions from PhD students. We are delighted to be back to face-to-face meetings and look forward to bring our community together for another moment of science sharing. Well, for all of you, beware because, more than ever, there is Science.... "Science: Everything Everywhere all at once." 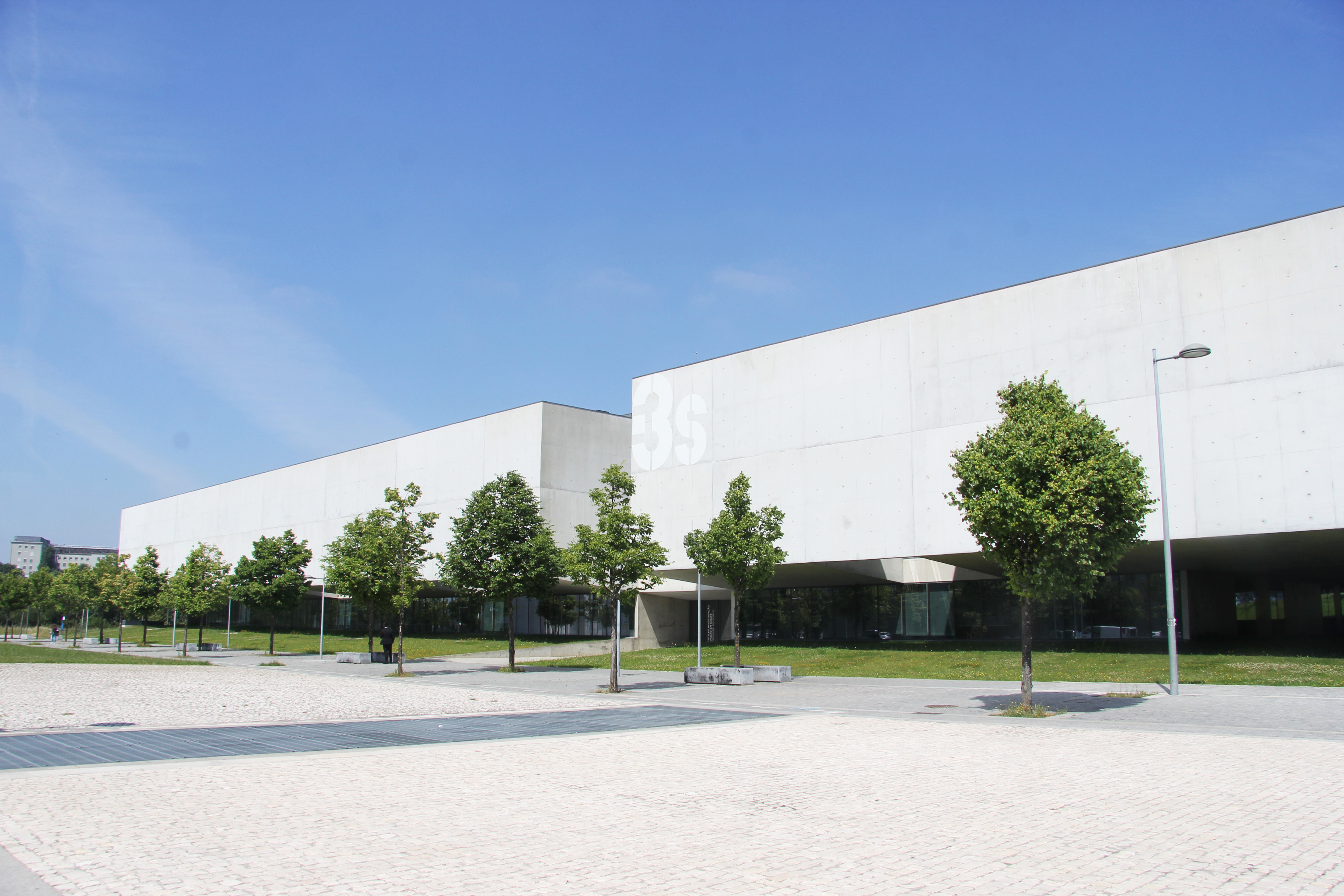 The MCBiology PhD Program – organized by ICBAS (Institute of Biomedical Sciences Abel Salazar), FCUP (Faculty of Sciences of the University of Porto), and i3s (Institute for Research and Innovation in Health) – provides advanced practical and theoretical training in Molecular and Cellular Biology field. The program provides the necessary tools for the students to excel either in academia, or industry. The nineth edition is focused on the hallmarks of molecular and cellular biology to stimulate progress and multidisciplinary in life sciences discoveries.

9:30 | The role of natural competence in non-competent bacteria and in pathogenesis
Daniel López | Group Leader of the Molecular Infection Biology Group at the National Center for Biotechnology (CNB-CSIC)

11:00 | Severe Malaria: What’s liver got to do with it
Ângelo Chora | Senior Postdoctoral Researcher in the Group of Biology & Physiology of Malaria at Instituto de Medicina Molecular

15:00 | How methamphetamine regulates the cytoskeleton of neurons and microglia. | Ana Filipa Terceiro

15:15 | Modulation of amyloid-β transporters by Transthyretin at the blood-cerebrospinal fluid barrier. | Tiago Gião 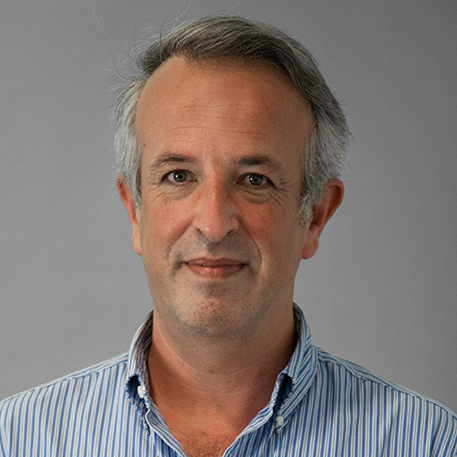 Abstract: "Plasmodium, the causative agent of malaria, has a complex live cycle in the vertebrate host encompassing two distinct stages, i.e., the clinically silent liver-stage of infection where the parasite replicates within hepatocytes, and the blood-stage of infection, associated with the establishment of disease. The absence of clinical presentations during the liver stage of Plasmodium infection has cemented the perception that this phase of parasite development does not influence the ensuing pathology. We now show that the integration of signals from the two stages of parasite development dictates host survival or death. This dichotomy relies on the liver-stage-dependent activation of Vγ4+ δγ T cells, which exhibit distinct functional profiles selectively sustained by different blood stage parasite loads. Protection from severe malaria associates with increased splenic erythropoiesis and reticulocytosis in a γδ T cell, IL-17-dependent manner. Notably, pharmacological induction of splenic erythropoiesis or therapeutic adoptive transfer of erythroid precursors is sufficient to protect from severe pathology in the absence of either γδ T cells or IL-17. Our findings challenge the prevailing understanding on the mechanisms underlying the pathophysiology of malaria infections, repositioning Plasmodium liver-stage infection from a transient phase of parasite expansion into a critical contributor for the clinical outcome of infection." 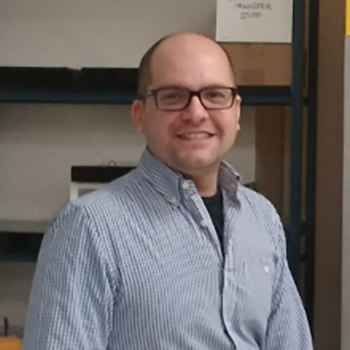 Abstract: "A central question concerning natural competence is why orthologs of competence genes are conserved in non-competent bacterial species, suggesting they have a role other than in transformation. I will show that competence induction in the human pathogen Staphylococcus aureus occurs in response to ROS and host defenses that compromise bacterial respiration during infection. Bacteria cope with reduced respiration by obtaining energy through fermentation instead. Since fermentation is energetically less efficient than respiration, the energy supply must be assured by increasing the glycolytic flux. The induction of natural competence increases the rate of glycolysis in bacteria that are unable to respire via upregulation of DNA- and glucose-uptake systems. A competent-defective mutant showed no such increase in glycolysis, which negatively affects its survival in both mouse and Galleria infection models. Overall, I will discuss the possibility that natural competence foster genetic variability but also provides S. aureus with additional nutritional and metabolic possibilities, allowing it to proliferate during infection." 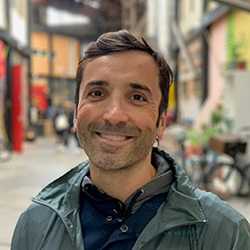 Group Leader in the Myology Research Centre at INSERM

Abstract: "Brain function relies on the complex interplay between highly specialised and ramified cell types, each with differing contributions in neurological disease. Myotonic dystrophy type 1 (DM1) is caused by the abnormal expansion of a non-coding trinucleotide DNA repeat. In addition to muscle impairment, DM1 presents debilitating cognitive impairment. While it is established that mutant RNA accumulates in the nucleus of DM1 cells and perturb the activity of key RNA-binding proteins, a major gap still exists in our understanding of how each CNS cell type drives brain pathology. We sought to investigate the impact of DM1 RNA toxicity on different brain cells, taking advantage of a unique transgenic mouse model of the disease. We found a marked deleterious effect of the DM1 mutation on glia, characterised by impaired astrocyte ramification and delayed myelination in vivo, as well as defective morphology, adhesion and migration in primary culture. Glial phenotypes were associated with a pronounced spliceopathy of cytoskeleton-related transcripts in both astrocytes and oligodendrocytes, which recreated a molecular signature of impaired differentiation in response to the repeat expansion. We suggest that RNA toxicity in glia cells affects neuronal physiology through defective neuron-glia crosstalk, contributing to the abnormal neurotransmission and synaptic plasticity reported in DM1." 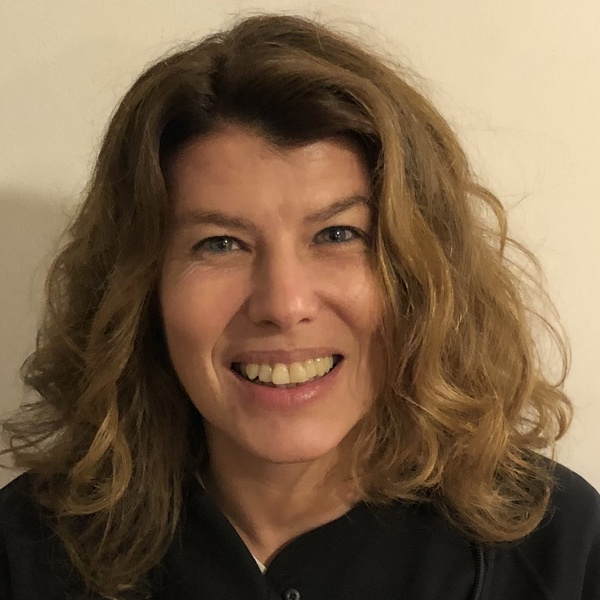 Abstract: "I will present our recent results and the new approaches we are employing to understand how tissue-specific stem cells engage in differentiation while retaining self-renewal potential and plasticity, during tissue morphogenesis. I will focus on our studies on cell fate specification in the mouse mammary gland during embryonic and pubertal branching morphogenesis, using scRNAseq and in vivo imaging techniques."

Abstracts should be structured according to the following template: 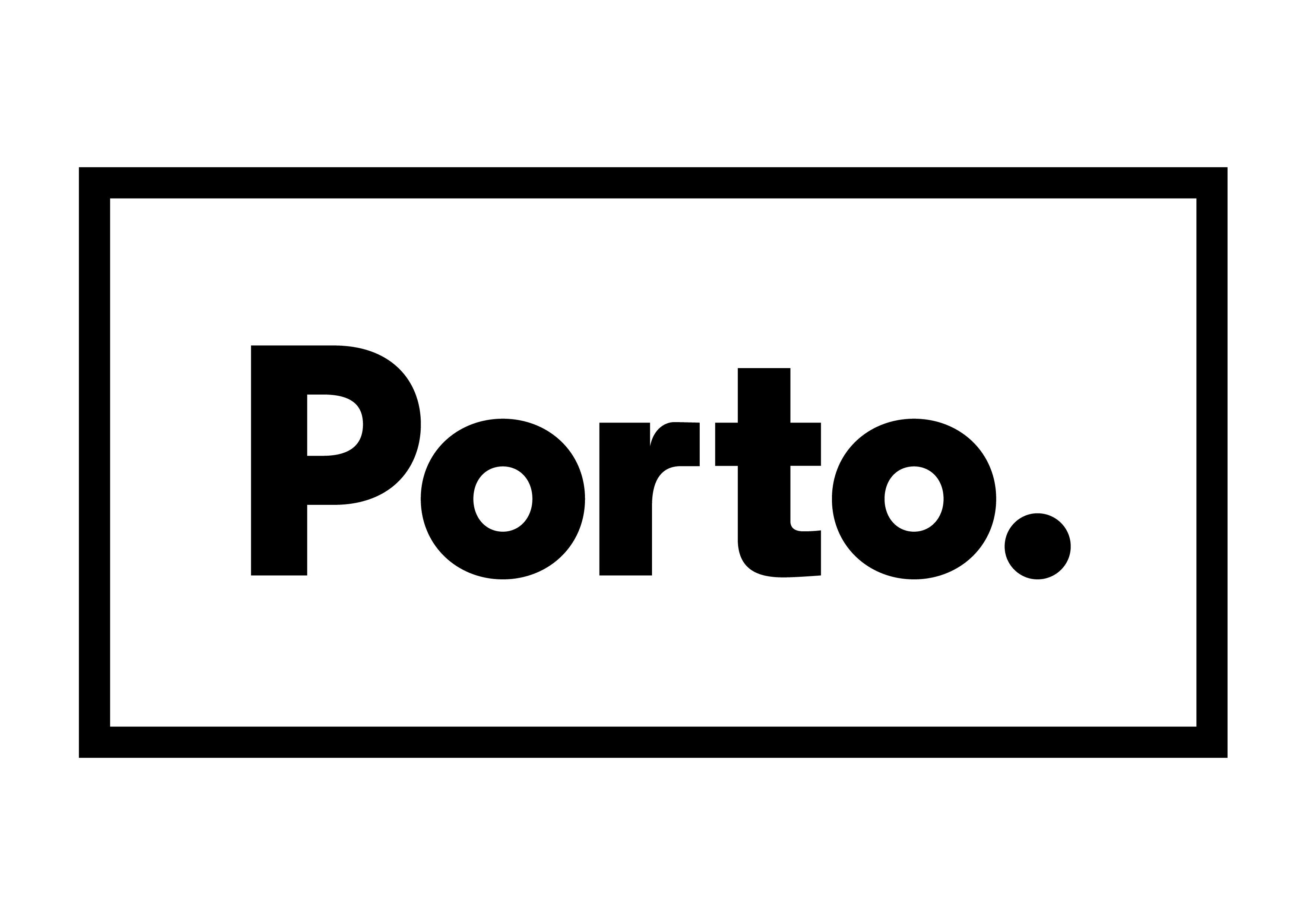 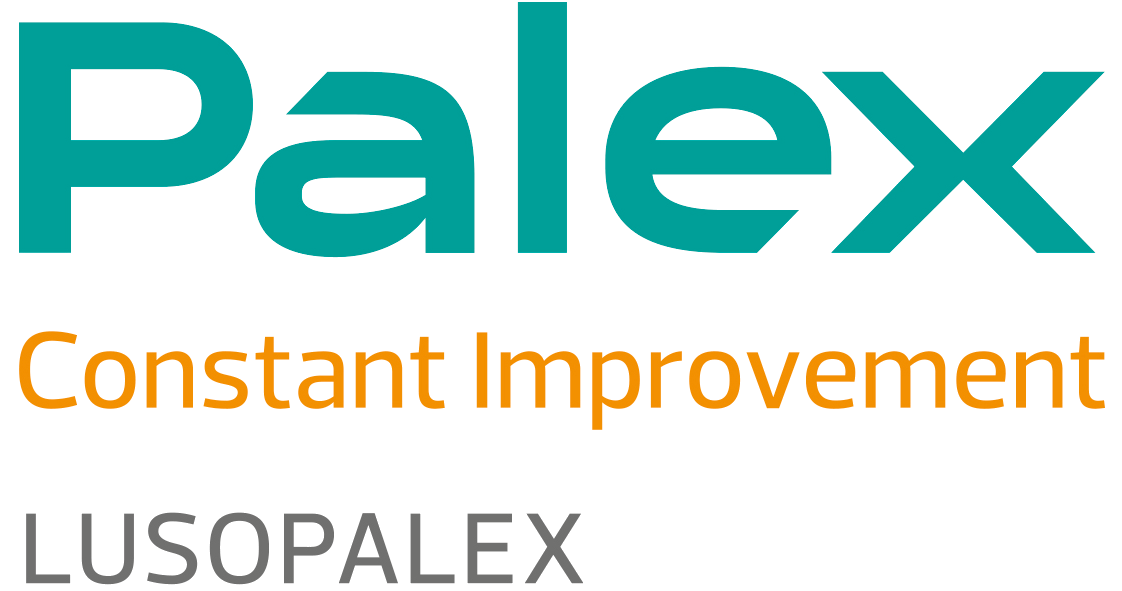 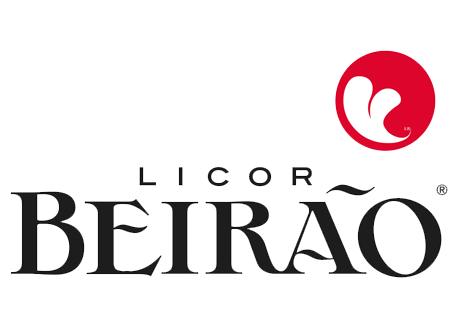 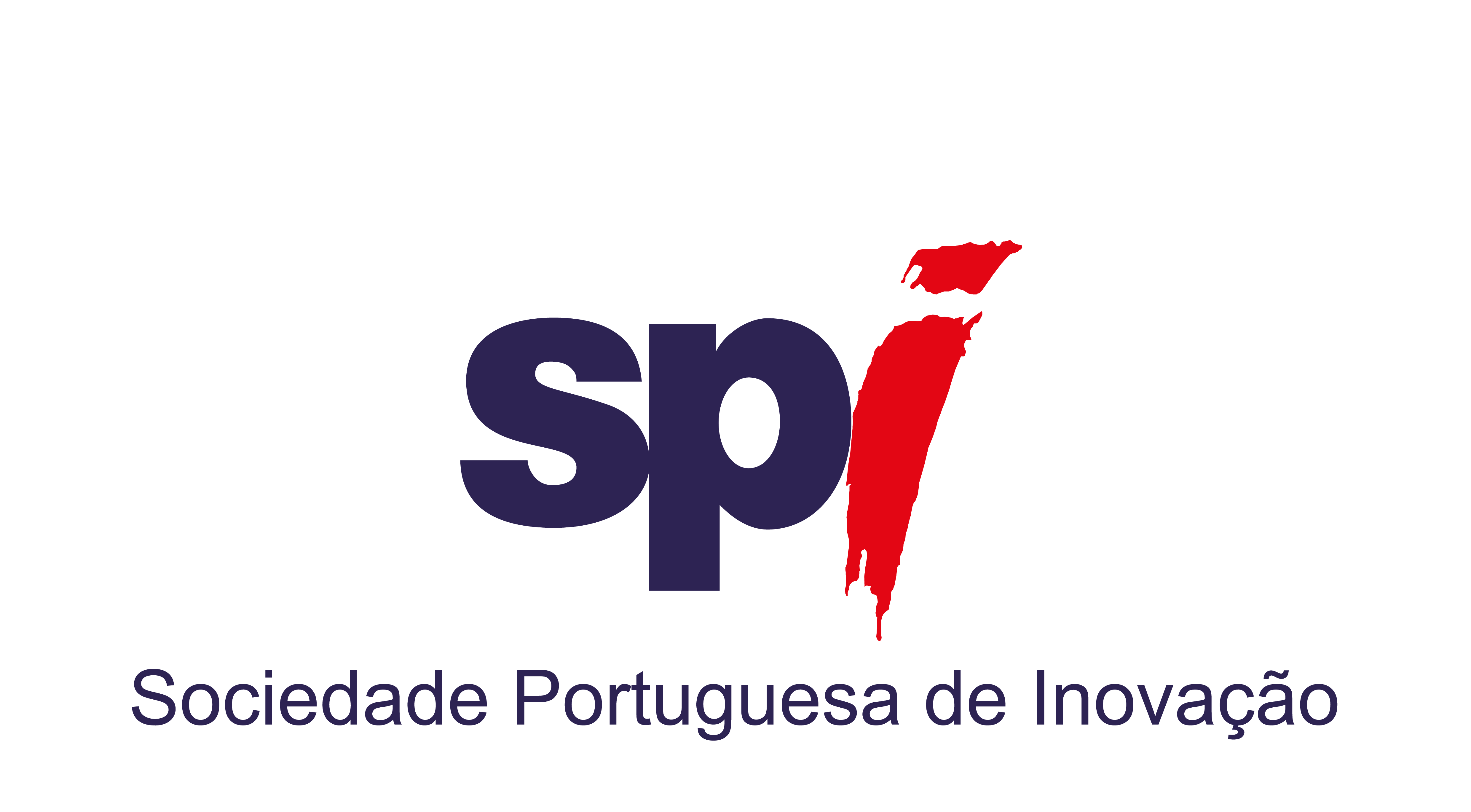