The 7th edition of the Molecular and Cell Biology Symposium is an event organized by the class of 2020 of the Doctoral Program in Molecular and Cell Biology. This edition is a manifest that even though times are uncertain, science must go on. This event will count with the presence of the PhD students of the MCBiology program that keep making their path through difficulties. We also intend to address an important question that became even more important during this peculiar year: how can we communicate science to the public?

This symposium will bring together three speakers in molecular and cell biology and one keynote speaker in science communication, lectures from PhD students of the MCBiology doctoral program and poster sessions selected from the submitted abstracts.

This edition of the MCBiology Symposium intends to show that science is part of the community and must always go on.

Join us in pushing science forward! 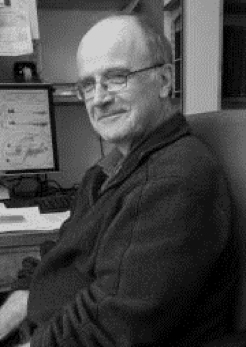 Nick started his scientific career in 1973 at LMB Cambridge when much of its famous science was in progress. He worked on mRNA sequencing and discovered the AAUAAA poly(A) signal as a graduate student. As a postdoctoral fellow at LMB, he began a study to clone and sequence globin genes and this led him in 1979 to take a postdoc position in the USA with Tom Maniatis where he cloned and sequenced various globin genes, discovering globin pseudogenes.
Nick started his lab at the Sir William Dunn School of Pathology, University of Oxford in 1981 as a Lecturer and then Professor. He was also a Fellow and Tutor in Biochemistry at Brasenose College from 1982-2003. His research initially focused on poly(A) signals, their genetics and biology.
They were the first lab to discover intergenic transcription in a mammalian gene locus and also uncovered similar intergenic transcription in S. pombe that leads to cell cycle specific heterochromatin formation and Cohesin recruitment. More recently his lab has diverged into studies on the role of long noncoding RNA G4 and R-loop structures in immunoglobulin class switching, the association of mitochondrial derived dsRNA in human pathology and the role of R-loop structures as promoters of antisense transcription. 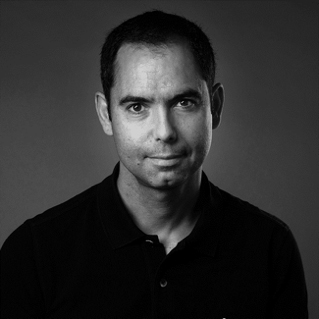 Born in Viseu, Henrique Veiga-Fernandes went on to study Veterinary Medicine at Universidade de Lisboa, Portugal and at Università degli Studi di Milano, Italy. In 2002, he obtained a PhD in Immunology from Université René Descartes, Paris, France, before moving to the National Institute for Medical Research, London, UK, as a postdoc.
In 2009, he returned to Portugal to set up his independent research group at Instituto de Medicina Molecular, where he became member of the direction team in 2014. In 2016, Henrique Veiga-Fernandes joined the Champalimaud Center for the Unknown, Portugal, where he is currently a Senior Group Leader.
Henrique Veiga-Fernandes was elected a member of the European Molecular Biology Organisation (EMBO) in 2015, and he was made Commander of the Order of Sant’Iago da Espada by Portugal in the same year. He secured several European Research Council (ERC) awards (2007, 2013, 2015 and 2017) and has previously won the senior research award from the Crohn’s and Colitis Foundation of America, USA (2014), the Innovator and Breakthrough Awards from the Kenneth Rainin Foundation, USA (2013 and 2014), the National Blood Foundation Scholar, USA (2012), and he integrated the EMBO Young Investigator Programme in 2008. More recently, he was awarded with the 2020 Pfizer Prize for basic Science (also won in 2014 and 2016). 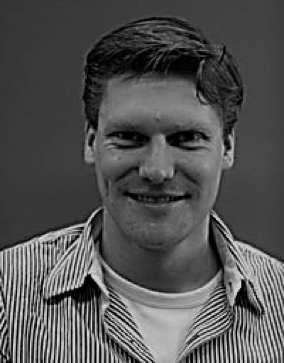 Lukas Kapitein studied Physics at the VU University in Amsterdam, where he also received his PhD in Biophysics in 2007.
His postdoctoral training in Neurobiology was at the Erasmus Medical Center, funded by an ALW-VENI grant from the Netherlands Organisation for Scientific Research (NWO) and an Erasmus MC Fellowship.
He started as group leader at Utrecht University in 2011 and became full professor in Molecular and Cellular Biophysics in 2018. In 2013, he received a Starting Grant from the European Research Council (ERC) and a VIDI fellowship from the Netherlands Organisation for Scientific Research (NWO). In 2018, he received an ERC Consolidator Grant. 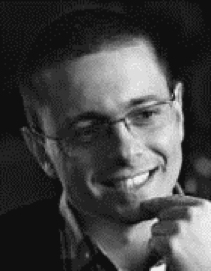 In 2008, David Marçal received a PhD in Biochemistry by Universidade Nova de Lisboa, Portugal. For several years, he was a science journalist at Público newspaper and author of Inimigo Público. Science communication has always been a passionate subject and he is author of several theater shows and television programs on scientific topics.
Co-author, with Carlos Fiolhais, of the books Darwin aos Tiros e Outras Histórias de Ciência (Gradiva, 2011) and Pipocas com Telemóvel e Outras Histórias de Falsa Ciência (Gradiva, 2012). Coordinator and co-author of the book Toda Ciência (Menos as Partes Chatas) (Gradiva, 2013). In 2010 he won the Químicos Jovens e Ideias Verdes awards.