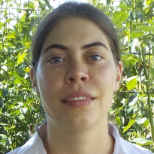 While studying Biochemistry (BSc, FCUL, University of Lisbon), I was fascinated by the complexity and interconnection of the biological processes and mechanisms underlying organism functioning and disease. The vast molecular interactions among many players allow cells, organs and ultimately organisms to diversely adapt to internal and external stimuli. This amazing but challenging complexity made me think that we need to apply comprehensive and integrative methodologies in order to advance our understanding of biological systems. Therefore, I pursued my master studies in Integrated Systems Biology (MSc, FSTC, University of Luxembourg), an emergent field that increased grounded on the “omics” technologies and which attempts to study a biological problem in an integrated way, optimally as a system, considering multiple components and their interactions, in order to better describe complex phenomena which are often not well described by the analysis of isolated parts, components or processes. During my PhD (University of Luxembourg), I first performed an integrated analysis of human adipocyte differentiation focusing on transcript-level regulation and the resulting metabolic changes. Using a pre-adipocyte cell-line and collecting diverse sets of omics data, we then integrated them and used constraint-based modelling (CBM) of metabolism to predict the metabolic changes elicited by adipocyte differentiation and represent cencerted views of metabolic pathway dynamics and regulation (PMID: 24198249). Secondly, I looked into the relationship between the regulatory load of a gene, based on the number of associated transcription factors or active enhancers, and its likelihood of being related to a disease. From a computational analysis of public ChIP-seq data from the binding of many TFs or the H3K27ac mark for active enhancers, covering many tissues and cell types, we observed an enrichment for disease association among genes that are linked with more TFs or active enhancers in a cell type-selective manner (PMID: 26338775), for instance with the enrichment for neurodegenerative diseases in brain tissues and cell types. The high regulatory load genes are involved in more KEGG pathways than expected by chance, exhibit increased betweenness centrality in the interaction network of liver disease genes, and carry longer 3' UTRs with more microRNA (miRNA) binding sites than genes on average, suggesting a role as hubs integrating signals within regulatory networks.

Meanwhile I’ve been working in CIBIO (University of Porto), as a post-doc in the EnvMetaGen project, processing and analysing NGS data, such as small-RNAs in Antarctic krill and metabarcoding data for species detection.

My interests include bioinformatics, data analysis and integration, on topics such as genomic and epigenomic regulation and their interplay with metabolism and diseases.