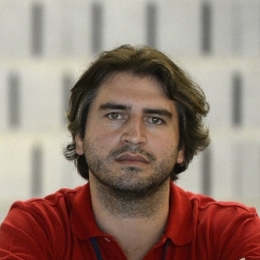 Nuno Franco is a Researcher at the Laboratory Animal Science group. He has a background in both Education and Biology, with a 5-year degree in Biology and Geology Education and Teaching (2003), and a 4-year degree in (Animal) Biology (2007) from the University of Trás-os-Montes-e-Alto-Douro. He finished his PhD in Biomedical Sciences at the University of Porto in 2012.

Nuno is currently researching thermography applications for animal experimentation, particularly for the understanding of the thermobiology of disease, and for health and welfare assessment. Other research topics include animal welfare, animal ethics, and legal, social and scientific issues in animal research. He has also published on the topic of science communication and education.

Other activities include being:

- Board member of the Portuguese Society for Laboratory Animal Science (SPCAL)

He received the 2013 UFAW Young Animal Welfare Scientist of the Year Award.