Where Ideas grow
About
Research Team

Understanding the molecular basis of phenotypic variation is one of the main aims of Biological and Biomedical sciences. Nevertheless most phenotypic traits of interest are influenced by variation at multiple genes, and this is likely the main reason why such knowledge is available for a few traits and species only. The diverse but complementary expertise of the members of the Phenotypic Evolution group, ranging from bioinformatics (including software development), genomics, proteomics, statistics, evolution, structural biology, biophysics, biochemistry, and molecular biology means that it is possible to tackle such a difficult problem from an integrated point of view, thus, increasing the chances of success. Such diverse know-how is the result of the integration of researchers from 3 different IBMC research groups (Molecular Evolution, Evolutionary Systems Biology and Protein Crystallography).

Currently, members of the Phenotypic Evolution group are engaged in several different research projects with economical and societal importance, such as the evolution of self-incompatibility in plants of economical interest, the evolution of Candida phenotypic plasticity due to ambiguous tRNA assignments, the evolution of Drosophila life history traits (mainly cold resistance, lifespan and eye size), and the setting of CD8+ T lymphocytes in humans. The group as a whole wants to strengthen the line of work on aging, one of the priorities of the Horizon 2020 European Commission program.

Researchers from the Phenotypic Evolution group have made many contributions on various scientific subjects, as evidenced by the sample of 10 references shown below. For instance, they have shown that the genetic basis of cold and immunity resistance is only partially conserved in distantly related Drosophila species. New model species are thus needed for comparative studies on the evolution of life history traits, such as D. americana for which they have developed many tools and made available its genome sequence. They have also identified the amino acid positions responsible for specificity determination at the RNase based gametophytic self-incompatibility S-locus components, and shown that there is some recombination at this locus, contrary to classical expectations. Surprisingly, they have shown that this system evolved at least twice independently. Furthermore, they have characterized the active site of several important proteins such as rhinovirus 2A proteinase, and poliovirus protease 3C. In humans, an association between a 500 kb haplotype and high CD8+ T-lymphocyte numbers has been shown that is linked to a less severe expression of hereditary hemochromatosis. 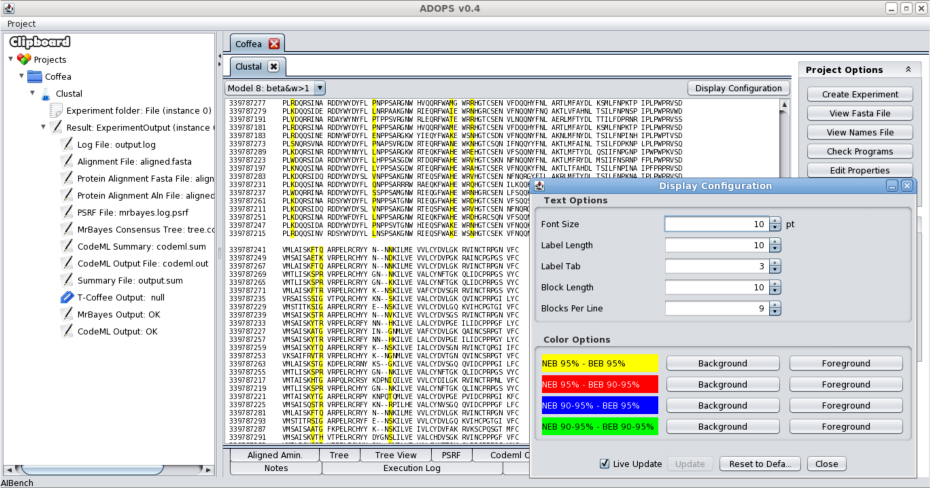